In the absence of a physical Home button, Apple's so-called "iPhone 8" may allow users to activate Siri by holding down the Sleep/Wake button if they prefer not to do so using the voice command "Hey Siri". That's according to iOS developer Guilherme Rambo, based on a discovery he has made in source code that points to the possibility. 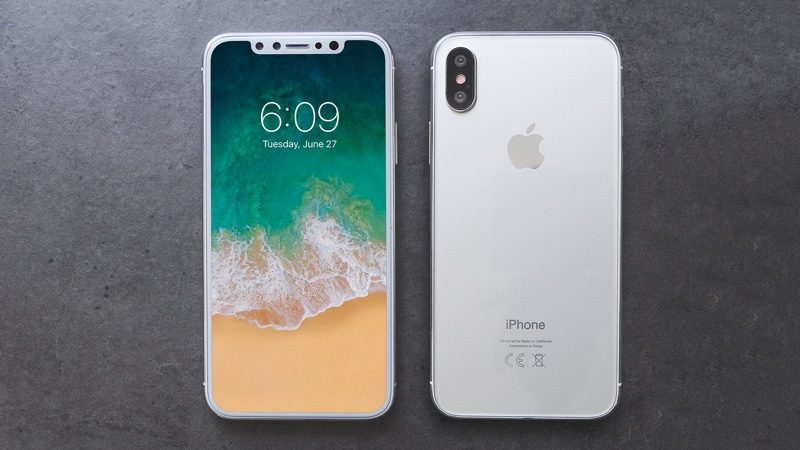 In a tweet posted on Saturday, Rambo said he wondered if Apple had moved any of the original Home button's functionality to the "lock" button (or Sleep/Wake, as Apple calls it) located on the upper right side of the handset. When asked by a follower if he had found something in Apple's code to suggest this, Rambo revealed that he had indeed discovered a gesture to invoke Siri by holding the lock button.

It's unclear what type of code Rambo refers to, but the Brazilian developer has previously unearthed details of upcoming Apple products in the company's beta software, including references to a 4K Apple TV in tvOS 11 as well as references in early HomePod firmware to some features widely expected in the company's upcoming OLED iPhone.

I did find a gesture to invoke Siri by holding the lock button. - Guilherme Rambo (@_inside) September 2, 2017
Click to expand...

Apple's radically redesigned iPhone does away with the Home button entirely, relying instead on a new gestural interface that includes a "software bar" along the bottom of the screen and an app dock similar to the one found in iOS 11 on iPad.

While next-generation facial recognition technology is said to replace Touch ID fingerprint authentication, details are murky as to how Apple plans to remap other functions that traditionally involve pressing the Home button. For instance, any method of invoking Siri using the Sleep/Wake button would need to be sufficiently distinct from the current long press that activates the slide-to-power-off screen, unless Apple has also relocated the latter function. Another possibility is that the power button on the OLED iPhone houses two separate contact switches, which could explain why it appears elongated in some alleged design leaks.

All should be revealed at the company's September 12 media event, where Apple is expected to unveil its "premium" OLED iPhone alongside new upgraded versions of iPhone 7 and 7 Plus, a fifth-generation Apple TV, and an Apple Watch Series 3 range with LTE capability. Apple will stream the event live on its website and on the Apple TV, but for those who are unable to watch, MacRumors will be providing full event coverage, both on MacRumors.com and through our MacRumorsLive Twitter account.

Update: A reader has pointed out that last month Brazilian blog iHelp BR discovered a line of code in the HomePod firmware that suggests the Sleep/Wake button could in fact change functions on the OLED iPhone depending on the app currently in use. The line of code "lockButtonAppropriateForShutter" likely relates to the native camera app and may indicate the presence of dual switches.

Article Link: 'iPhone 8' May Include Option to Activate Siri By Holding the Sleep/Wake Button

Reactions: Michaelgtrusa and Sunny1990
A

Explains why the button has two points of contact. I always said there was more to it than to reach it easily as one of the previous articles stated.

Also as soon as you have all the evidence you need, please stop referring to it as the ‘iPhone 8’. If that evidence gets released, I hope everyone does that but realistically it probably won’t happen, iPhone 8 gets more clicks.
Last edited: Sep 3, 2017
Comment

Apple must hate this guy, is there anything he hasn't leaked it would make sense for them to remap the home button if they are removing the home button completely, i'm looking forward to seeing the keynote.
Reactions: Sunny1990
Comment

I guess I’ll have to take the good with the bad it’s a little less convenient / more annoying
Reactions: t76turbo
Comment
C

i dont think it will be by holding....i think that longer power button will have 2 physical contacts, 1 for power/sleep, and the other for Siri
[doublepost=1504437804][/doublepost]

Creepitor said:
Probably not, on the latest beta builds of iOS 11, a quintiple Sleep/Wake button-press triggers this screen. No need for a long press to power off your device. View attachment 715684
Click to expand...

and in that case how will you reset your device IF the ios is frozen?
Comment

Sorry, I could not find any information about "iPhone 8 may have option to activate Siri by holding Sleep/Wake button".

Would you like me to do a web search for you?
Reactions: Foggydog, ConfusedChris, The Barron and 21 others
Comment

What if the lock button becomes the new home button?
Last edited: Sep 3, 2017
Reactions: DUIduckSAUCE, Shirasaki, rizzo41999 and 3 others
Comment
A

Creepitor said:
Probably not, on the latest beta builds of iOS 11, a quintiple Sleep/Wake button-press triggers this screen. No need for a long press to power off your device. View attachment 715684
Click to expand...

That could be the case then, but that leaves the two points of contact unexplained. I always thought they could move the home button to the side (leaving a cleaner, more intuitive UI), perhaps that’s what it could be.
Reactions: Creepitor
Comment
C

Sunny1990 said:
What if the lock button becomes the home button?
Click to expand...

That is an interesting idea. If the new OLED iPhone really does well at being aware when you’re looking at the screen & automatically locking/unlocking the device, improves on raise to wake that’s been around for 2 years, and even can behave like the Watch to know when it’s being lifted and then put back down, then there’s potential to no longer need the power button for locking & powering the screen off/on and instead have it function as the home button.

And maybe, the rumour & mockup of the virtual ‘home button’ being the thin line/tab at the bottom (see attachment) of the screen is so that it matches up with the size/shape of the lock/power button.

Didn't Rambo also find code references that the D22 iPhone has a different method to activate Emergency SOS mode than the other iPhones? I think it required holding down the power and volume + button?

Can't find his tweet now. I think it was at the beginning of August, where he was replying to someone.
Comment
B

Not sure what kind of "source" code this is referring to.

The actual raw "source" code is pretty well protected in the Apple house. Could he be tracing through an app in development or just working with the Xcode and iOS API?
Comment

bjet767 said:
Not sure what kind of "source" code this is referring to.

The actual raw "source" code is pretty well protected in the Apple house. Could he be tracing through an app in development or just working with the Xcode and iOS API?
Click to expand...

He has been exploring the code references to the new iPhone in the HomePod beta software Apple accidentally uploaded to the developer website in July.
Comment

Thinking more and more about skipping the 8, either upgrade to the 7S or keep my 6S plus another year.
Reactions: big-ted
Comment

why can't I just have a normal home button? was anyone screaming for the home button to change? It's one of the reasons I returned the 7 - didn't like the weird button/not button thing. That and there was no difference with my 6s. I'm still looking forward to the 8.
Comment

I want to know how we will invoke reachability—especially given how freaking tall this new display is!
Reactions: IvanEd747 and ForumChick
Comment

macduke said:
I want to know how we will invoke reachability—especially given how freaking tall this new display is!
Click to expand...

You won't need to if the iPhone 8 is around the same size as the current 4.7" iPhone which it's rumoured to be I believe.
Reactions: Foggydog, TimSHB, rpe33 and 2 others
Comment
B

Seems like a lot of changes are coming, personally I feel the '8' this year is worth a skip, and see how it's refined for next year.

I still think a better move is to have a on screen home button that hides itself when it's not needed (during videos etc). Or a pressure button under screen like the S8, as well as the sleep/wake if necessary.
Reactions: Demo Kit, Vanilla35, Loge and 1 other person
Comment

fokmik said:
i dont think it will be by holding....i think that longer power button will have 2 physical contacts, 1 for power/sleep, and the other for Siri
[doublepost=1504437804][/doublepost]
and in that case how will you reset your device IF the ios is frozen?
Click to expand...

Firstly, I’m sure the power/vol down button combo will still work for resets as it does for the iPhone 7.

Secondly, iOS 11 has a software option in Settings to Shut Down the device instead of pressing the physical button, which tells me that Siri in the side button is practically a done deal.
Comment
B

HelveticaNeue said:
He has been exploring the code references to the new iPhone in the HomePod beta software Apple accidentally uploaded to the developer website in July.
Click to expand...

Ok not really "source " code then, he's taking the time the rest of us won't to walk through the new stuff in the beta releases.

Is this a violation of the developer agreement with Apple?
Comment
P

So I just told my wife that the new phone has no Touch ID and it unlocks with the facial recognition...