Following a report late last month that appeared to show plastic retail packaging representing the rumored low-cost iPhone, Japanese blog Mac Otakara is reporting that "iPhone 5C" will indeed be the name of the device. The "C" designation would presumably refer to the various color options available on the rumored lower-cost device. 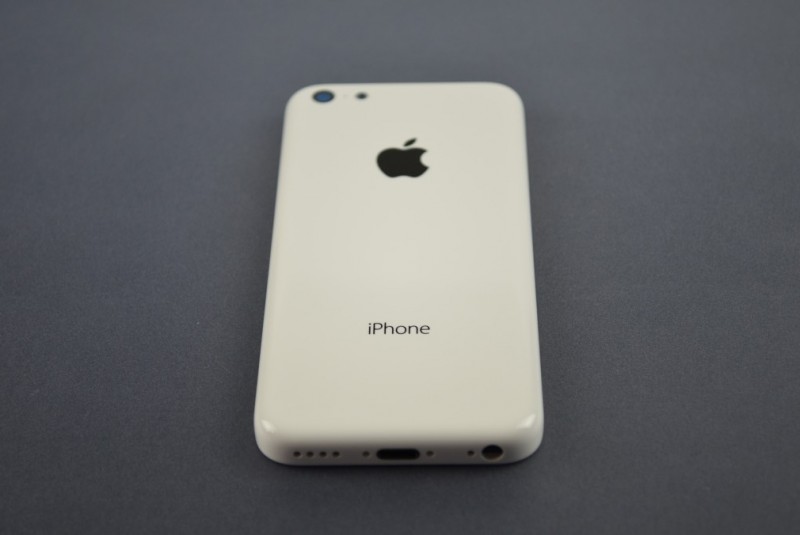 The blog is also reporting more details on the iPhone 5S, including claims that the phone will be available in a gold color option, and that the camera on the phone will remain at 8 megapixels, but will feature a wider f/2.0 aperture to capture more light while taking photos.

Several photo leaks have previously shown alleged iPhone 5S parts in a color variously described as "gold", "bronze", or "champagne", although the legitimacy of those parts has not been confirmed. 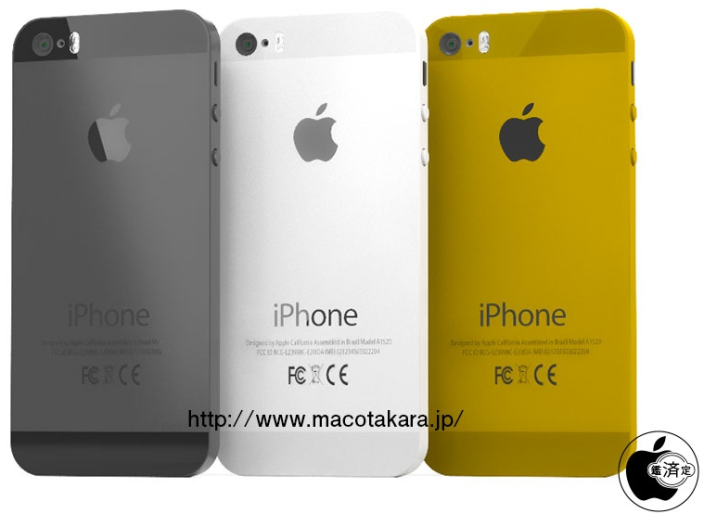 Rendering of iPhone 5S in black, silver, and "gold"(Source: Mac Otakara)​
Also, the report says that the iPhone 5S will run on Apple's custom A7 processor, and that the rectangular mark on the home button of the phone will be removed, something that may be consistent with a report earlier from yesterday saying that the device would feature a new sapphire-covered convex home button housing a fingerprint sensor.

According to my asian source, rumored coming iPhone powered by A7 processor will be released as "iPhone 5S". This source told that KGI Securities analyst Ming-Chi Kuo's guesses may be true. Ming-Chi guessed several points, the resolution of iSight camera will be stayed on 8M pixels but F-stop will be brighter up to 2.0. The gold color which is rumored as 3rd color of iPhone 5S will be optional, and rectangle mark of home button will be removed.

Additionally, that source told about coming low-cost iPhone, which is covered by plastic case made from polycarbonate and glass-fibre, it will be released with expected name, "iPhone 5C".
Click to expand...

Apple will reportedly unveil the next-generation iPhone on September 10, but it is still unclear whether the event will focus singularly on the iPhone 5S or include the announcement of the lower-cost iPhone as well. 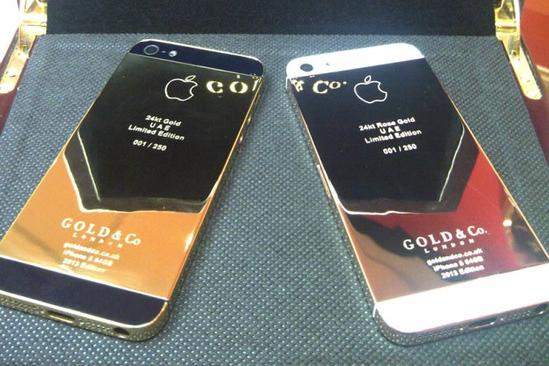 5S just coming with JUST a "gold" color option. Ohhh boy. I can see the the ads now making fun of the "gold" color from Samsung.
Comment
W

gold? I don't recall any apple products in history being in gold color.
Comment
S

Gotta say, I don't really get the gold color thing. Although it would match the color that my iPhone 4 screen is turning.
Comment
M

That gold color looks awful. I really hope this is a joke. Although if the iPhone C was sold strictly in developing markets it might sell well.
Comment

Gold???? Why that color? Makes no sense. I think the Gold claim is just made up to throw in some fake news with the real ones.
Comment

Of all colors the eye can see and they went with gold???
Comment
A

wongster41 said:
gold? I don't recall any apple products in history being in gold color.
Click to expand...

The gold iPod mini was the worst-selling color option for that device. Then it was dropped from the second gen iPod mini.
Comment

I'm calling bull on the whole article if the source is saying Gold is a third color. Considering all the great things Apple has done over the years design wise I just cannot fathom them doing a Gold iPhone.
Comment

I've been wanting my phone to match my gold grill

Gold... are you serious? This must be a joke.
Comment
N

Can I get it in platinum? That's my nobel metal of choice.

Anyways, more than the change of color, I object to the removal of the iPhone's home screen icon. It's not rectangular - it's app icon shaped. And it's not coincidental, either. It's the button that takes you to the home screen, where all your apps are.

I don't believe Jobs or Ive would approve of the iconic iPhone button losing its logo. It's the defining feature of the iPhone's front side. Without it, the iPhone is nothing more than a generic touch screen phone. The app icon on the button is the only bit of branding on the face of the phone.
Comment 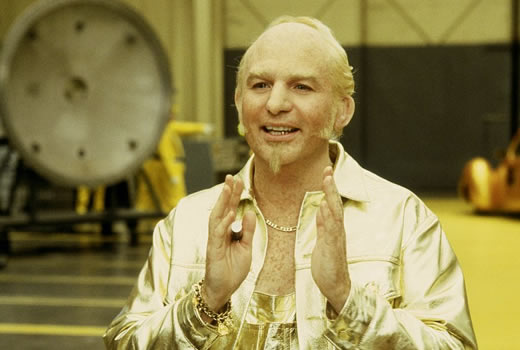 8 megapixels...still? 3 years and no advancement in whats probably one of iPhones most used features?
Comment

The parts that have shown up have been variously described as gold, bronze, and champagne, but I think champagne is the most accurate description. Still not sure those parts are legitimate, but Mac Otakara's source seems to think so.
Comment

I don't quite agree with a lower cost iPhone.
Comment

I don't know about you guys, but to me that photo makes the gold look more like 'mustard.'
Comment

if it were the limited legend of zelda edition iphone, i'd maaaybe consider it.
Comment

ramrod24 said:
8 megapixels...still? 3 years and no advancement in whats probably one of iPhones most used features?
Click to expand...