Tim Cook and other tech executives will meet with President Obama tomorrow to discuss the Healthcare.gov website, as well as "national security and the economic impacts of unauthorized intelligence disclosures". In addition, the group will discuss ways the Obama administration can partner with the tech sector to grow the economy and create new jobs.

According to a report from Time:

"Tomorrow, President Obama will meet with executives from leading tech companies to discuss progress made in addressing performance and capacity issues with HealthCare.Gov and how government can better deliver IT to maximize innovation, efficiency and customer service," a White House official said. "The meeting will also address national security and the economic impacts of unauthorized intelligence disclosures. Finally, the President will discuss ways his Administration can partner with the tech sector to further grow the economy, create jobs and address issues around income inequality and social mobility."
Click to expand... 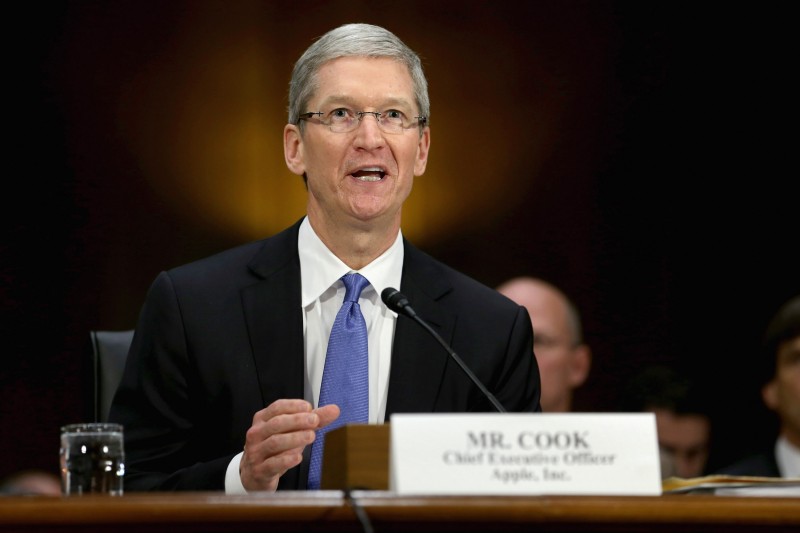 According to the report, the following executives will attend:

Earlier this month, Apple, Google and a number of other tech companies urged the President and Congress to reform government surveillance tactics.

Concerns about government use of user data collecting ramped up in June, when a U.S. government program named PRISM was revealed to be giving the U.S. National Security Agency direct access to user data on corporate servers across a wide spectrum of Internet companies including Microsoft, Yahoo, Google, Facebook, PalTalk, AOL, Skype, YouTube, and Apple.

In response, Apple published a statement of "Commitment to Customer Privacy" denying its participation in the NSA's program and teamed up with a number of tech companies to request greater NSA surveillance transparency, allowing it to provide customers with regular reports on security related requests. Last month, Apple published a report outlining statistics on government and law enforcement requests it received from January to the end of June.

Apple and other companies also met with President Obama in August to discuss privacy issues and government surveillance. Recently, Apple and 30 other technology corporations signed a letter urging the U.S. Congress to pass the Surveillance Order Reporting Act of 2013 and the Surveillance Transparency Act of 2013, which would result in increased surveillance disclosures and would give technology companies the right to publish detailed statistics on demands for user data.

That's quite a guest list. I have to wonder, is there really a point to this thing besides Obama rubbing shoulders with some of the tech industry's most successful people?
Comment

These talks should be transparent to the public and not behind closed doors. How do we really know what they are talking about?
Last edited by a moderator: Dec 16, 2013
Comment

Didn't we do this already on December 8th ?

cchrisllb said:
These talks should be transparent to the public and not behind closed doors. How do we really know what they are talking about?
Click to expand...

It's sensitive information that could threaten national security if disclosed to the public.
Comment

All CEOs: "Obama, please get rid of the NSA."

After watching 60 Minutes yesterday, I actually feel a little better about the whole NSA/Prism situation.

With proper oversight and accountability, we need to allow the government certain tools to protect us, or another 9/11, or much worse, could be here sooner rather than later.
Last edited: Dec 16, 2013
Reactions: kdarling
Comment

cclloyd said:
All CEOs: "Obama, please get rid of the NSA."

lol good one. But I don't think the CEOs will insist for the end of the NSA, just more transparency. Either that, or they will just plan another surveillance agency without public knowledge.
Comment

Will do good said:
Mr. Cook, please keep your eye on Apple's business instead.
Click to expand...

Yeah, you wouldn't want Cook to show any sense of civic responsibility.

Very impressed with the post's sense of involvement in the world.

Please don't tell me you fell for the propaganda on last night's episode?
Comment
G

Wait, hold on. Are these guys somehow supposed to be unelected representatives? They have NO place in the process of striking this unconstitutional agency. We're the ones who are supposed to be marching on Washington to protest this assault on our rights.
Comment

Really? I thought CBS did a great job of ball washing the NSA. Might as well have been produced by the PR team of the NSA.
Comment
M

You feel better after watching a program from an untrustworthy news source where they interview pathological liars? How...naive.

This just in, the NSA Spying program has been found to be unconstitutional.
http://www.bbc.co.uk/news/world-us-canada-25410064
The judge called called the NSA's surveillance programe "indiscriminate" and an "almost Orwellian technology that enables the government to store and analyze the phone metadata of every telephone user in the United States".

Not that they will stop doing it or anything.
Last edited: Dec 16, 2013
Comment

People say "Steve Jobs this" and "Steve Jobs that" and I despise it on here. But this is one time I wish Steve was alive to represent Apple in this specific matter :-/
Last edited: Dec 16, 2013
Comment

Half of those people don't need to be there.
Comment

MacRumors said:
Tim Cook and other tech executives will meet with President Obama tomorrow to discuss [] "national security and the economic impacts of unauthorized intelligence disclosures".
Click to expand...

Excuse me, but unauthorized intelligence disclosures are not the problem. ********** governments spying on people, that's the problem.

This is a political not a technical meeting.

And for goodness sake, revive the Senate rule on voting that was in place since the beginning till this week!

Less government means more private sector where money velocity is higher. Velocity is at a record low due to overburdonsome government.

Less deficits shifting to surpluses will minimize the damage to the budget when interest rates and debt service rises. It will reduce the pressure to steal from the social security and medicare "trust funds". It will also allow the Fed to reduce its balance sheet faster.

Increased interest rates will take the thumb off the scale of the free market, end financial repression (grandma earning interest in retirement), which will shift benefits from the 1% to the 40%.

Regulators are in a monologue with themselves. There needs to be a law passed making administrative courts subject to "preponderance of the evidence", not "regulator correct by default".

Can you hear me Tim?

The second attachment the left scale should read T not M for Trillion.

It astounds me how much the government has spent on the web site. It should have been done for 1/100th as much and work. They should have hired someone competent and proven like Amazon.
Comment

cchrisllb said:
These talks should be transparent to the public and not behind closed doors. How do we really know what they are talking about?
Click to expand...

Someone teach this guy to reply and not quote the entire article please...


Will do good said:
Mr. Cook, please keep your eye on Apple's business instead.
Click to expand...

As a stockholder and owner of many Mac products, it is Apple's job to ensure the security of our information. It's his job.
Comment
T

JayCee842 said:
It's sensitive information that could threaten national security if disclosed to the public.
Click to expand...

Don't you think we have a RIGHT to know what info is being discussed ?

However we DO trust Apple after all, and/or Google with our information, yet we can't get any further than that ?

Its kinda a laugh to think this, national security, not not. he public has every right to know...

After all,, we already know about what the NSA is doing (thanks to Snowden), therefore, we should also know whats going to happen. directly from the talks...

Info will leak out anyway afterwards in some fashion, so why not spill it directly from the pigs themselves.

Its always fun then they get stuff wrong, and try to police themselves which backfires..