Earlier this week, there was some speculation that Apple might be planning to hold its upcoming September 9 iPhone event at the Bill Graham Civic Auditorium in San Francisco, and now there are new details that further hint towards Apple's involvement with the site.

Beginning on Monday, SFPD officers and private security guards began patrolling the grounds at the auditorium, prompting San Francisco news site Hoodline to do some digging into what was going on. It turned out the auditorium was booked for a "trade show" set to run from September 4 until September 10, but because it was registered to a company called "Adams and Associates," nothing linked the booking back to Apple. 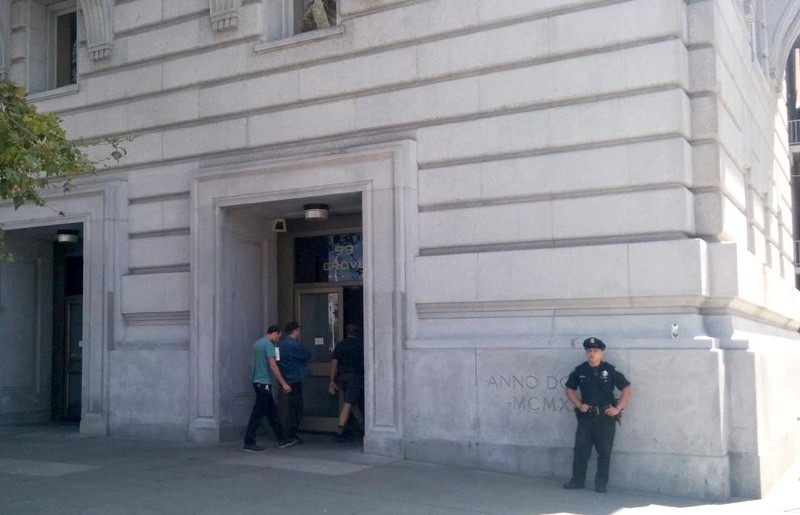 A police officer outside the auditorium, via Hoodline​
​
Hoodline now reports that a "trusted source" has confirmed the Bill Graham Civic Auditorium will indeed be used for Apple's September iPhone event.

Our source, who wished to remain anonymous due to the extreme privacy surrounding the event, has shown us documentation from event logistics indicating that Apple is renting the building through September 12th. This timing is consistent with what we were told by a security guard on Monday.
Click to expand...

Hoodline has also unearthed information on planned street closures that heavily lines up with the timeline when we expect Apple to hold its event. One street will be shut down from 6 p.m. on September 8th until 11:59 on September 10th, while another will be closed on Wednesday, September 9 between 4 a.m. and 11:59 p.m.

The mysteriousness surrounding the booking at the auditorium combined with the information obtained by Hoodline and the upcoming street closures all seems to point towards Apple, but there continues to be no concrete evidence Apple has rented the site for its iPhone event.

In an interview with SFGate, the project director for the Civic Center said he had no knowledge of what the building was being used for, while a spokeswoman for the Planning Department said the "trade show" information was all department was told.

"I'm even the landlord of the building, and they won't tell me," said Rob Reiter, project director for the Civic Center. "I've never seen anything like it before, but I'm just a guy in the basement," he said of his office in the bowels of City Hall.
Click to expand...

As was shared on Monday, the San Francisco Planning Department is involved because four window panels are set to be removed to accommodate an "exterior wall mounted star graphic sign," which may be a placeholder for an Apple logo.

In past years, Apple's iPhone-centric September events have been held at a variety of locations around the Bay Area, so it would not be a surprise to see the company hold its event at the Bill Graham Civic Auditorium. With just two weeks to go until Apple's September 9 event, it won't be long before the company's plans are unveiled. Media invites for the event will most likely be going out soon, confirming the event location.

Next week we'll find out that Adam & Eve booked it.
Reactions: Gasu E., recoil80, gijoeinla and 4 others
L

My gut tells me that AppleTV may be a much bigger release than we expected!!

Media Streaming, Game playing, App Downloading, HomeKit Command Center, Phone and Video Conferencing device and more. It might also have a built in wifi router... It is possible that content deals are more complete than we imagined too. If this along with the standard iPhone release were true, then that explains why the venue is so big. As the AppleTV could be the center of all things Apple in the home (IE HomeKit) and there is so much to show around that and for people to demo. Truly Massive release!!

I feel homekit will be the biggest push and they need the space to do that.
Last edited: Aug 26, 2015
Reactions: Dydegu, Antoni Nygaard, gijoeinla and 7 others

If Apple can do this, imagine what NSA and CIA does.
Reactions: JeffyTheQuik, The Barron, ProwlingTiger and 6 others
L

Has anyone thought that the name may mean Adams Apple? as in the name of the company that has booked the venue.
Reactions: PaulRustad007
I

Looks like a classy joint. Kinda landmarkey and such.
Reactions: Jason83, gijoeinla, rp2011 and 2 others
I

Good luck with that.
Reactions: Boatboy24 and dazed

My guess is $149 which will include USB-3C ports and a 3 month trial subscription.

Maybe built in wifi for an access point for HomeKit.
I

So then the next question is WHY this venue. (Aside from the fact that Apple was basically *born* in this building when they introduced their very first complete personal computer at the West Coast Computer Faire)

All I can come up with is either:

Izauze said:
So then the next question is WHY this venue. (Aside from the fact that Apple was basically *born* in this building when they introduced their very first complete personal computer at the West Coast Computer Faire)

All I can come up with is either:

They also need room to demo the HomeKit features.
Reactions: gijoeinla
B

Yeah, actually I hope the new Apple TV has 3 levels with different storage options, with an App Store it has to have more storage.

Or allow connected storage, not likely

Selfish blather: I just want this over with so Apple can announce their October (hopefully new Macs) event.
Reactions: Gasu E., Dydegu, vdgroodt and 1 other person 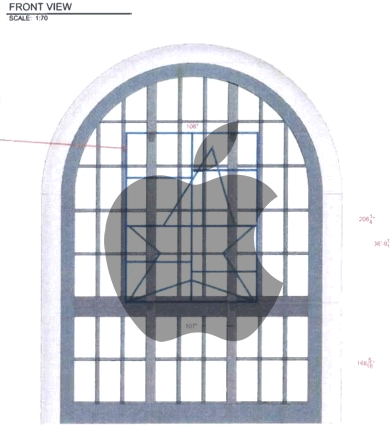 I think the invitations for the event will be sent out on Thursday, just like last year (two weeks before the event). So we will find out soon!
Reactions: Jason83 and The Barron
M

Peace said:
My guess is $149 which will include USB-3C ports and a 3 month trial subscription.

Built in Taylor Swift for the best deals on music and TV shows.
L

betabeta said:
Yeah, actually I hope the new Apple TV has 3 levels with different storage options, with an App Store it has to have more storage.

Or allow connected storage, not likely

I hope not!! Apple needs to keep this simple. Period.... One unit for all that does everything we need.

All I know is I've spent many a time sitting on the loading docks sippin beer and smokes with roadies and security lol.

I hope security and SF police do something about the unsavory crowd that hangs around that area.

Nah -- the remote will be included.
B

They hold concerts at this location, so a full public launch of Apple Music with a full concert with a handful of artist.