Apple's new MacBook Air, 13-inch MacBook Pro, and Mac mini with the Apple-designed M1 chip are now available to order on Apple.com and through the Apple Store app, and they will be available in stores starting November 17. 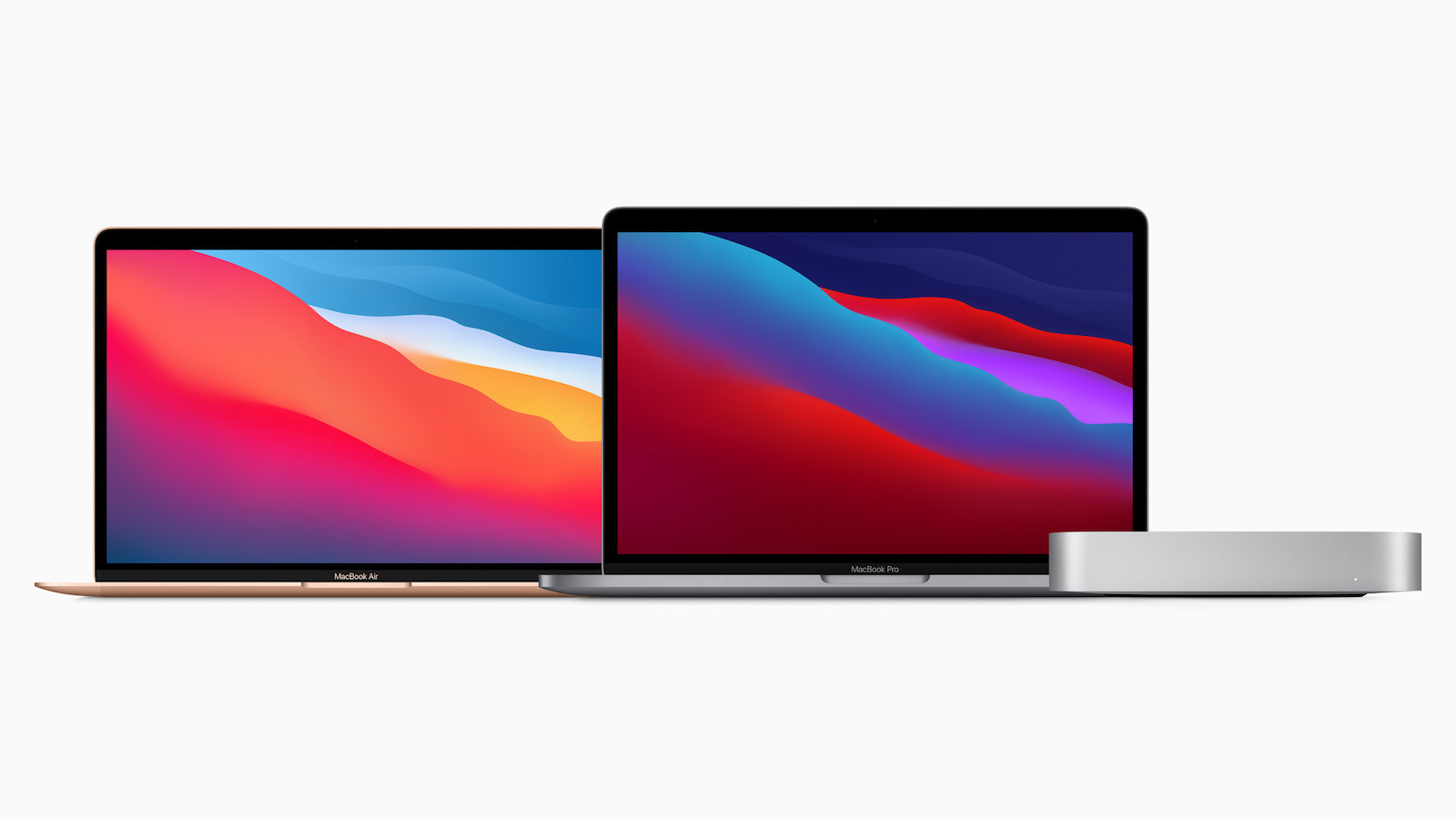 Damn, these Macs look awesome. I can't wait for the performance test results.
Reactions: thermal, Mr. Awesome, slplss and 8 others

I wonder if performance will be consistent across the lineup since they all use the same M1 chip, or if the MacBook Pro will have slightly better performance than the Air.

I originally wanted an iMac for my next Mac, but this makes upgrading my 2012 15” rMBP to a MacBook Air or a 13” MacBook Pro a more serious consideration.
Reactions: rjp1
J

It's a pity that this Macs seems to be capped to 16G of RAM !
Reactions: kironin, otternonsense, Paul Turpin and 15 others

edit: Of course now it works
A

Same price for an ARM chip with no Windows and questionable Mac software compatibility? Nice one Tim Apple!
Reactions: BugeyeSTI, Mr. Awesome, UK-MacAddict and 15 others

Can’t wait to see what they’ll put in a MacBook Pro 16”.
It’ll have to be next year though...?
Reactions: jimmy_uk
E

Announce the AirTags already!
Reactions: Huck, calstanford, dszakal and 3 others

Still no 14” redesign? Sigh. Was looking forward to that.

I suppose at least this way the 14” will be iteration 2 of Apple silicone and so all the kinks will have been ironed out.
Reactions: Internet Enzyme, SWAON, Mikeyde1989 and 2 others
M

They are totally useless to many professionals now. They've also reduced the number of ports.
Reactions: Amon Ra, uther, rjp1 and 14 others

I saw it on the mac mini screen they showed
Reactions: Mr. Awesome, slplss, dszakal and 2 others
S

This update is huge. Architecture wise the design reminds me alot of game console design where CPU / CPU is integrated and sharing the same memory for the most speed and efficiency.

Can I get leaker status yet and be cited as an “in the know”?

Next year the 14” MBP will replace the 10th Gen Intel models. I suspect the entry level 13” MBP with AS will stay around as a cheaper option like it currently is.
Click to expand...

dannys1 said:
They won’t, this story is wrong. 16” MBP will be an Intel refresh. There will be two lower end 13” MacBooks with Apple Silicon, and top end 13” MacBook Pro with Intel will stay too.
Click to expand...

dannys1 said:
Apart from the premium 13” Intel MBP will still exist - the AS is only replacing the entry level models.
Click to expand...

Apart from the premium 13” Intel MBP will still exist - the AS is only replacing the entry level models.


dannys1 said:
A mixture of what the leakers who can be trusted have said, what we’ve seen in Big Sur code and common sense about where they actually will be in the Apple Silicon line.

I’ll give you £200 if Intel aren’t still the top end 13” and 16” MBP after the 10th November. The lower end 13” MBP was left untouched in the summer still using Intel 8th Gen processors so it could be upgraded first. It all makes sense form both a PR, business, econmics and customer service stand point. Apple aren’t going to replace 6 month old machines with new ones and chips that beat the top end of what Intel have to offer (and specifically graphics) wont be ready yet.

Also they can introduce the low end machines into the market where they have the advantage (power efficiency) and the uptake helps get all the apps converted over so when the more serious machines do arrive the system is more mature from a software stand point too. The 16” is likely to become Apple Silicon when it’s refreshed with Mini LED probably around this time next year - and they won’t want to be selling the same 16” MBP from November 2019 by then, hence a small Intel refresh for the 16” MBP 2020.
Click to expand...

A mixture of what the leakers who can be trusted have said, what we’ve seen in Big Sur code and common sense about where they actually will be in the Apple Silicon line. I’ll give you £200 if Intel aren’t still the top end 13” and 16” MBP after the 10th November. The lower end 13” MBP was left...

New MacBook Air that can't run any of the software you use natively.

Welcome back to the PowerPC-era.
Reactions: uther, ModusOperandi, mi7chy and 7 others

At least they got chargers and power cord!!! ?
Reactions: otternonsense, Kajje, SnakeEater1993 and 21 others

Those Ram prices though.
Reactions: SnakeEater1993, ModusOperandi, mi7chy and 1 other person
C

They are totally useless to many professionals now. They've also reduced the number of ports.
Click to expand...

They haven’t replaced those systems. You can still buy the top end Intel MacBook Pro and Mac minis, the M1 is just the entry level chip, keep up.
Reactions: jezbd1997, ModusOperandi, headlessmike and 1 other person