Some Qi Wireless Chargers Not Working With iPhone 12 [Updated]

Some Qi-based wireless chargers don't appear to be working with the iPhone 12 models, perhaps due to the magnets inside of the new devices, alignment issues, or other internal changes to wireless charging protocols. 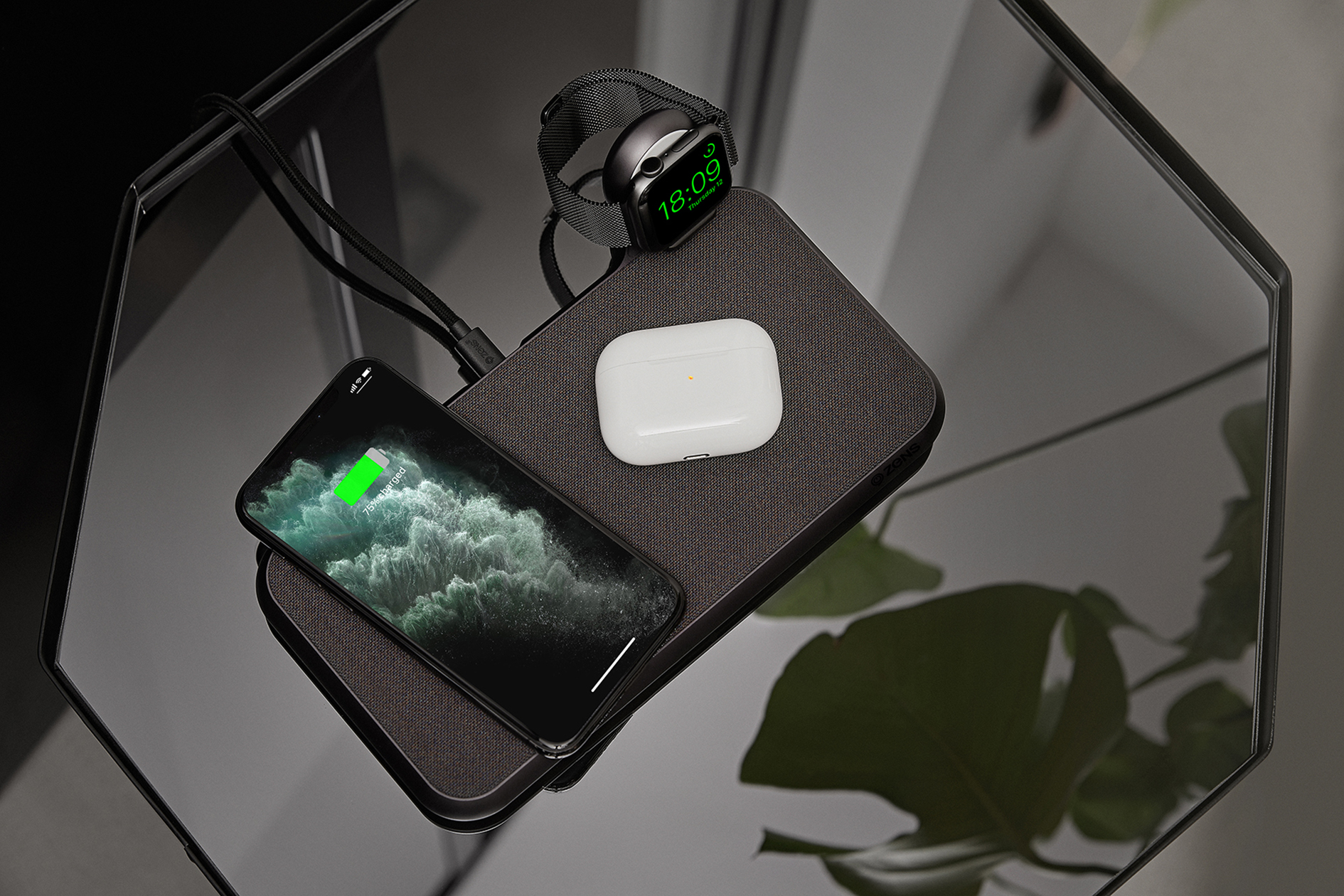 There are complaints about non-functional wireless chargers from multiple new iPhone 12 owners on both Reddit and the MacRumors forums. Affected chargers work with older iPhones, but will not charge the iPhone 12 models, which is something to be aware of if you have a new iPhone 12 or are planning a purchase.

The MacRumors forums has a list of chargers that don't appear to be working with the iPhone 12 such as the Zens Liberty Wireless Charger, the Mophie Charge Stream Pad+, the Nomad Base Station Stand, and the Mophie 3-in-1 wireless charging stand. There are also complaints about some Anker wireless chargers.

Some users have had luck getting a wireless charger to work after restarting a device or attempting to change the positioning of the phone on the charger, but in most cases, the affected wireless chargers simply don't charge the iPhone 12 models. This is a problem that seems to be limited to a small number of chargers and most appear to be working.

Update 10:15 a.m.: Apple has just released iOS 14.2 which includes a mention of a fix for an issue in which "devices could be prevented from charging wirelessly." Presumably, this should fix many of the previous issues, while other tweaks by charger vendors such as Nomad's Base Station Pro firmware update may also help. Not all chargers are able to have their firmware updated by users, however.

I have noticed it being harder to get the alignment correct on my Anker Qi pads with the 12 versus the 11 or X before it. It's annoying but I figured it was because of the new charging setup inside the phone.
Reactions: kuwxman and raven0070

Isn’t this really old news? Weren’t we all talking about this quite a while ago? Either that, or I’m having some serious deja vu.

Wonder if it's hardware related issue or software?
R

Works on my 3 in 1 mophie but it’s positioned differently. I’ve never liked Qi chargers for positioning issues. Excited about the line of MagSafe accessories coming down the pipe for charging. Will resolve those concerns.
M

If one manufacturer was able to identify the issue and push a software update, I'm assuming its not because of the magsafe magnets but something about device negotiation.

I'm worried about all the public Qi chargers, like in Starbucks tables, becoming obsolete, since they're really the only ones I ever use.

Also doesn't bode well if Apple is going to be pushing toward no ports in future iPhones.
Reactions: aylk and compwiz1202

This was mentioned in the 14.2 patch notes. It's a software bug that's been fixed. Update to the beta and it'll get fixed.

and it's not clear if there's a software fix on the way from Apple.
Click to expand...

Amazingly, Apl has a hardware solution for this. Funny how that is
Reactions: compwiz1202, ScholarsInk and itsmeaustend
J

Strange that the Nomad Pro Basestation isn’t compatible because I have a Nomad Base Station Apple Watch Edition and mine works fine with my iPhone 12 Pro. ?
Reactions: decypher44

iPhoneMini said:
"You're Charging it Wrong" -Apple
Click to expand...

My 12Pro suddenly stopped working on two Qi chargers yesterday (one of which is the Nomad Base Station + Watch). No amount of wiggling around could get the phone to recognize them and start charging.

Restarted the phone and it started working again on both. Worth a go, guys.
Reactions: Ashuffle24, sideshowuniqueuser and NMBob
H

No problems with my Anker upright stand; maybe it's easier to get positioned correctly.

If a charging mat can be knocked out of commission because of software issues, that really just sounds like more reason to stick to cable charging...
Reactions: aylk

Good to see Nomad still standing behind their products.
L

This iteration of MagSafe/Wireless charging is sounds worse every day. I would get the 12 for everything BUT this. But I do think they'll hit it out of the park next year.
Reactions: and 1989 others and blizzerand
J

Add the RavPower Wireless Charging Stand with HyperAir to the list. I have an e-mail into their engineering team. It charges fine if the battery is at 50% or higher. If lower, it won't charge until I remove and replace onto the charge 3-4 times.

Theydonboi said:
My 12Pro suddenly stopped working on two Qi chargers yesterday (one of which is the Nomad Base Station + Watch). No amount of wiggling around could get the phone to recognize them and start charging.

Restarted the phone and it started working again on both. Worth a go, guys.
Click to expand...

That’s strange. Mine works great. Just tested it right this second to see if something changed, but still good. Haven’t had an issue with mine. Maybe something glitched for you. Weird.

I hear some say that this is a software issue, and if so then great.

But if it isn't and this ends up being yet another Apple proprietary dingaling-ness then this is really bad news and a regression after so much forward momentum.

MagSafe is seriously starting to sound like it's not worth it.