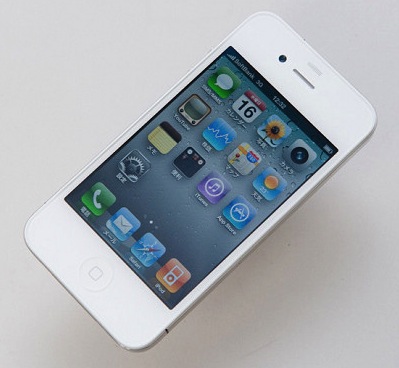 TiPb reports that UK wireless carrier Orange has been emailing customers to notify them that availability of white iPhone 4 models is not expected "until the end of the year", encouraging them to consider a black model instead while continuing to offer notification when the white models do arrive.

We wanted to let you know that there won't be any white iPhone 4's in the UK until the end of the year.

If you're happy to wait another few months we'll let you know as soon as they're back in stock.

Alternatively, if you want it now, click here or visit your local Orange shop to get the iPhone 4 Black 16GB or 32GB today.
Click to expand...

It is unclear whether Orange has received official word from Apple that supplies should not be expected until the end of year or if the carrier is simply basing its claim on Apple's public disclosure of a launch delay until "later this year". Regardless, many potential white iPhone 4 customers have been holding out hope that the device might make its appearance sooner rather than later.

It is also unclear whether Apple would stagger white iPhone 4 launches as it has with other iPhone models and the iPad. In such a case, the United States would presumably be the first country (or in the first group of countries) to see a launch, and so it is unknown whether Orange's "end of the year" claim would apply to all markets.

Apple has not officially acknowledged the reason for the white iPhone 4 delay other than citing manufacturing challenges. Some sources have claimed that Apple is experiencing problems with non-uniform application of the white paint leading to light leakage from the device's backlight through its back and at seams.

At this point, I don't think anyone really cares about the White iPhone.
M

Isn't that what Steve said? Why is this news when it's been announced by Apple, already?

MacRumors said:
It is unclear whether Orange has received official word from Apple that supplies should not be expected until the end of year or if the carrier is simply basing its claim on Apple's public disclosure of a launch delay until "later this year".
Click to expand...

I've been on Orange for the last five years and have spent a lot of time talking to them about handsets and plans... given their usual stocking on popular phones, I suspect the latter is closer to the truth.
S

I'm glad I'm weak-willed and caved and got a black one.

Heh by the time it comes out it will be time for the next phone.

This could be why Apple is apparently going to a metal back for the supposed Verizon iphone...
C

Translation, "We are sitting on the white case iPhone 'til Christmas season." I bet there is going to be a fun Apple ad with white snow and the white iPhone 4 tied together somehow.

They might as well hold off and make it the iPhone 5. I'd hate to buy a white one so late in the year and then not be able to upgrade when the next one comes out in June. -- And although I had considered getting white this time around, the sensor is FUGLY. Wish it was better concealed as it is with the black one.
S

Personally, I think Apple has gone straight to manufacturing revised iPhone 4's, with 64GB memory, fixed antennas and non-exclusivity, to be announced at the end of this year or beginning of 2011. Why would they release new iPhones so early? Well, for one, they need to release iPod Touches and iPads with improvements (storage increase for one) before they release a higher capacity iPhone. If Apple had released a 64GB iPhone, iPod and iPad sales would have detracted.

Sorry, but I can't really believe the only reason for this delay is they are having problems getting the white colour to not show light through.

There would be so many coatings that you could apply as a spray to stop light passing through something.

Must be more to this than just this reported reason.

How can anyone still think that apple is a competent company when it comes to design? They cannot design a phone that can be used while being held in the left hand of many users and they are unable to make a phone in white.

Salacion said:
At this point, I don't think anyone really cares about the White iPhone.
Click to expand...

Think about smudges, dust and fingerprints .

Sometimes macrumors stories are as neurotic as a Woody Allen character.

You and me both.

glad i opted for the black one. i am over the white now...
J

Or they can use recommend white cases for people to get since apple is paying for those.

I love how some Apple Employees already have them

Full of Win said:
How can anyone still think that apple is a competent company when it comes to design? They cannot design a phone that can be used while being held in the left hand of many users and they are unable to make a phone in white.
Click to expand...

Sure, it's been a pretty harsh year for Apple, with regards to the iPhone. They made a mistake, something atypical to their company. Everyone makes mistakes from time to time, even you do, Full of Fail. Apple will recover, twice over, and be the shinning company they are known for.

You must be happy though, amirite? It gives you something to complain about.
N

Disregarding sales numbers and stuff the iPhone has really taken a hit, Apple woulda been better off skipping this year lol.
S

NikeTalk said:
Disregarding sales numbers and stuff the iPhone has really taken a hit, Apple woulda been better off skipping this year lol.
Click to expand...

I think it's a good thing. Now with Android selling out more than the iPhone, Apple'll be forced to compete more proficiently. Problems such as exclusivity, for example, will seize to become problems.

AT&T actually told the same thing to my sister last week, she ended up buying a blackberry instead.
A

forget the white one, I just think its more interesting that Orange have so much stock of the black that they can offer 'today' in the email.